ITALIAN MOVIE AWARD ® International Film Festival, one of the most important film awards recognized abroad, this year reaches its tenth anniversary, an important milestone that will be celebrated with a special edition, from 29 July to 6 August 2018 in historic city of Pompeii. The event was born in 2009 from the project of its founder and current president, the young director Carlo Fumo, who had the idea of ​​a festival that could enhance the Italian and international film culture, ensuring the presence of great personalities of the show, preparing the young people through the conception of masters and high-level workshops, spreading our cinema and our cultural, historical and tourist heritage abroad, thanks to the side events at the festival organized during the year in New York and Moscow. The 2018 edition of the Festival will have as its theme the FUTURE: A look at the generations, those who believe in the beauty of their dreams, because today’s teachings represent the choices and actions of tomorrow.

The Press Conference Presentation of the X edition of the ITALIAN MOVIE AWARD ® will be held on Wednesday 16 May 2018 from 16:00 to 17:00, on the occasion of the 71st Festival de Cannes at the Salon Marta of the Italian Pavilion, at inside the Majestic Hotel.

On the occasion of the Conference, in the presence of the President and Artistic Director Carlo Fumo and the conductor of the Luca Abete festival, the 2018 nominations decreed by the Academic Jury of the best film categories, best documentary and best Italian short film will be announced. Given the numerous presence of film festivals on Italian territory, from this year, Italian Movie Award ® has decided to give an innovative twist to the selection and awarding methods, introducing a new and original criterion. It will be the Jury Roots composed of the most important communities of citizens of Italian origins abroad, to sanction the best Italian works abroad pre-selected and nominated by the Academic Jury. 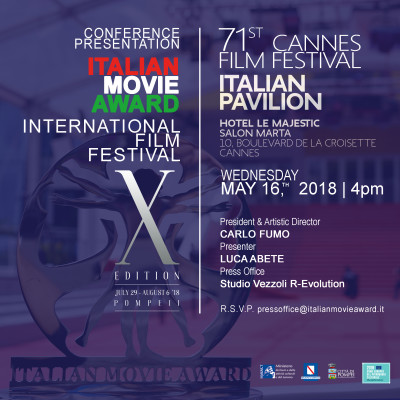 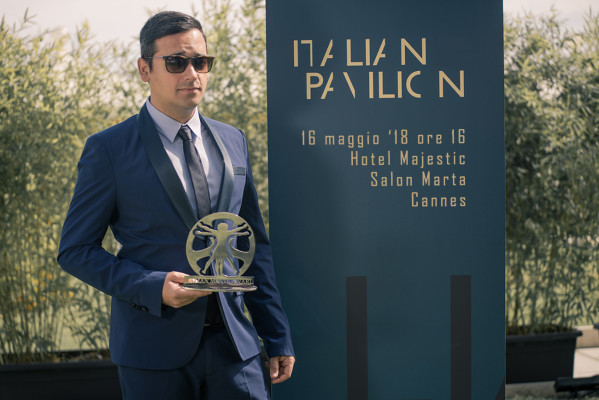