Ancient pagan town, buried by about six meters of ash and lapilli following an eruption of Vesuvius, which took place in August 79 AD where many people were dead. In the sixteenth century it was discovered almost by chance during the construction of an aqueduct and as a  proof of this a plaque has been placed near the Door Nocera. Thanks to a particular technique devised by Fiorelli, today we can see the positions in which the Pompeians perished during the eruption. He invented a method to get casts, leaching some liquid plaster into the void left by the now dissolved bodies, these casts are a tragic testimony of the disaster. In addition, countless findings of frescoes, pottery, furniture and various tools help us to understand the habits and customs of ancient Pompeii, but just a visit to archaeological site could give us extraordinary emotions. By decree of 1997 Pompeii was included among the sites that are considered World Heritage by UNESCO. The Committee has decided to enter this area on the basis of cultural criteria considering that the extraordinary findings in the city of Pompeii and neighbouring cities, buried by the eruption of   Vesuvius in 79 d. C., constitute a complete and living testimony of society and daily life in a moment of the past and cannot find their equivalent anywhere in the world.

The awards are organized at the archaeological site of Pompeii UNESCO , while the red carpet, the master classes, events and screenings are held at the park of the shopping center La Cartiera (The Mill)  of Pompeii. A real arena – air cinema with high quality standards , with projection equipment in cinemas 4K DCP format, Dolby and large screen . The area boasts a capacity of nearly 3.000 seats , ensuring safety and comfort of the first level. The projections, exhibitions, the master classes, events and parking at the property are completely free. Dell’Aticarta from the ashes of Pompeii, La Cartiera (The Mill) Shopping Center is reborn . 115 shops for your shopping, irresistible dining area , 2 100 convenient parking spaces, and a large green park opened in the city . The project for the restructuring and conversion of the former factory Aticarta    intended to Integrated Centre for the Arts and Commerce , the complex called The Paper Mill, is promoted and was developed by Coopsette Soc. through its subsidiary Fergos Srl. 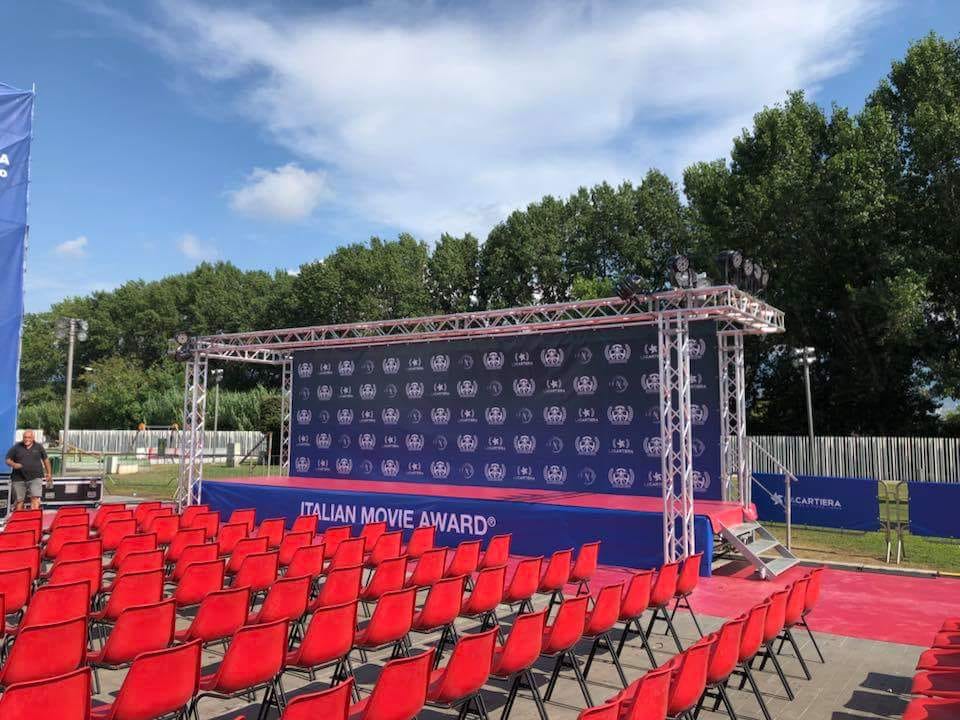 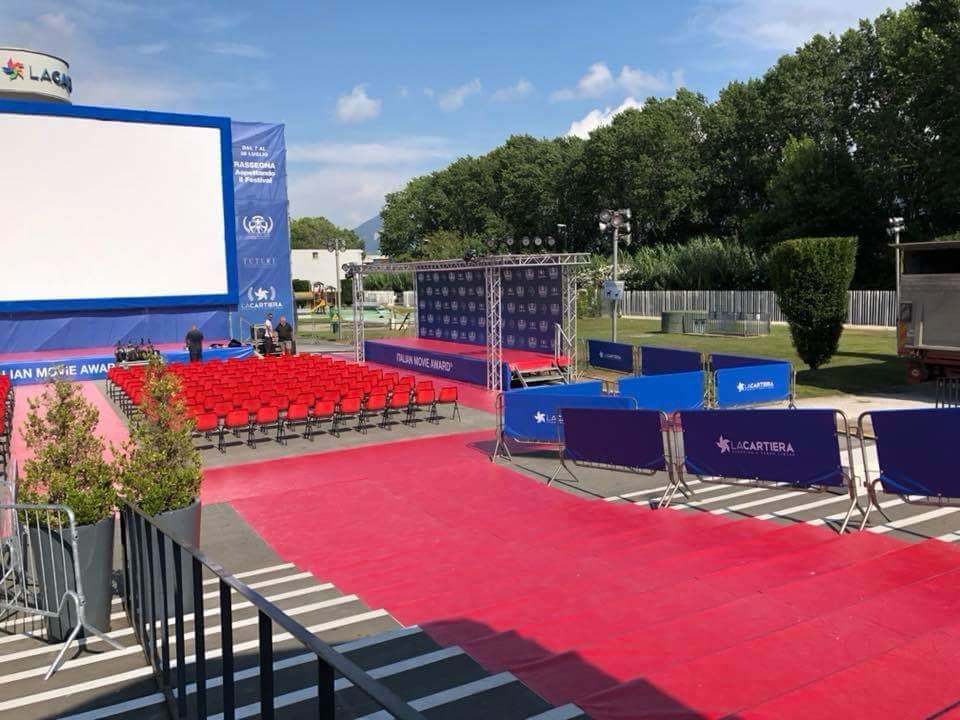 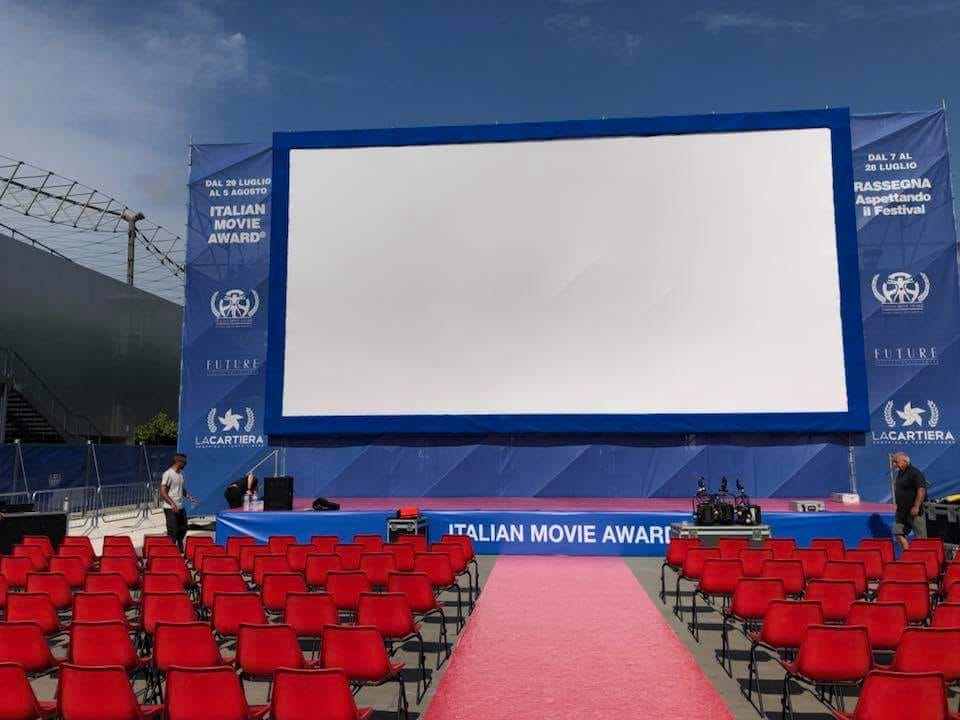 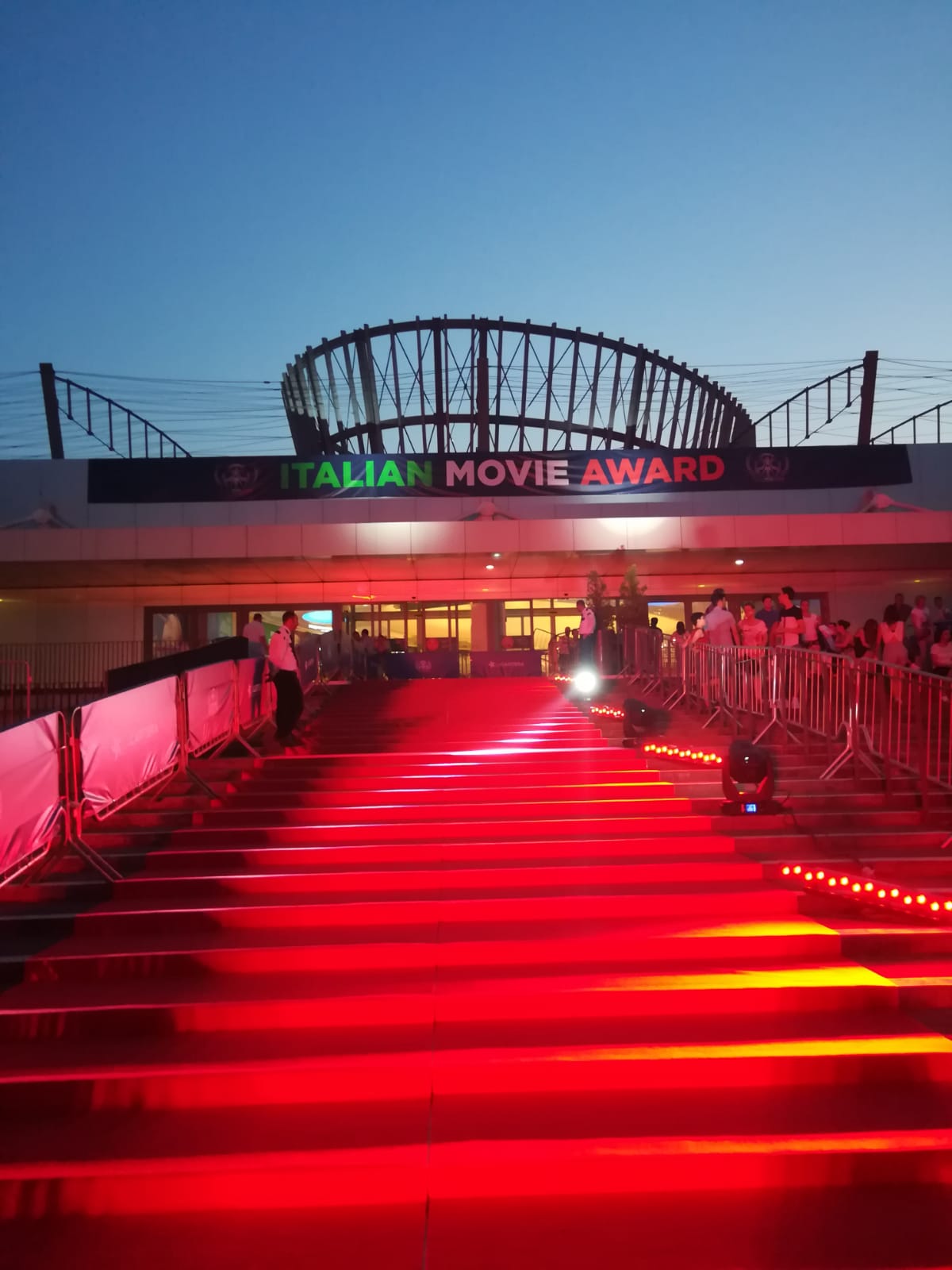 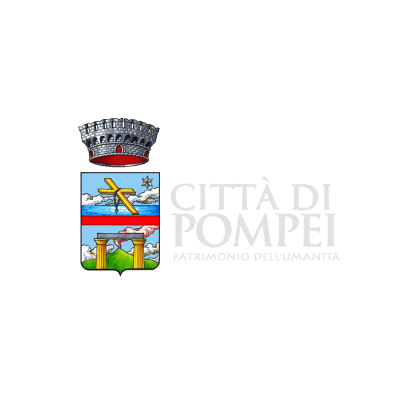 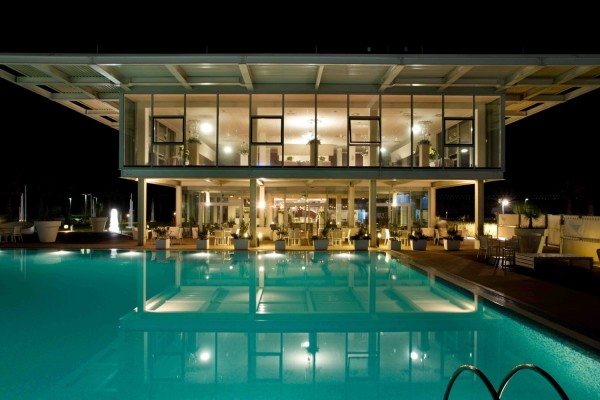 Post-festival and private events take place at the prestigious Yacht Club of Marina di Stabia. From a project of the famous architect Fuksas, the Yacht Club of Marina di Stabia can accommodate up to 300 people . The touch of the Michelin starried Chef Peppe Guida and executive Chef Mario Cinque delights the picky eaters too. Giuseppe Guida HEAD CHEF CONSULTING. Tenacity, humility and love as well. These are the values, ideals have animated and characterized Peppe Guida, chef patron of the Antica Osteria Nonna Rosa. 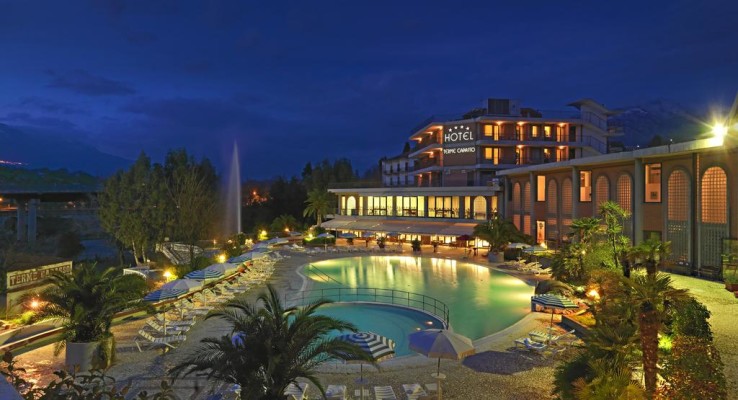 The talents and participants of the festival are hosted at Hotel Terme Capasso located in the beautiful Sele Valley in the Province of Salerno. In the heart of the Sele Valley, Hotel Terme Capasso will welcome you to relaxation, tranquility and an opportunity to release daily stress and rebalance mind and body by surrounding yourself in the regenerating atmospheres of the modern wellness center and spa .Equipped with park, swimming pools and wide garden, the hotel is surrounded by evocative landscapes that instill tranquility and invite you to take care of yourself right from first thing in the morning , during breakfast served in a hall with terrace from where guests enjoy gorgeous views.Set in a modern facility, Hotel Terme Capasso seduces its guests with its wide and bright interiors where no detail has been overlooked, complete with elegant upscale furnishings, air-conditioned hall, restaurant and meeting rooms.Hotel Terme Capasso comes complete with ADSL internet line, Wi-Fi internet and fax service; additionally, the hotel has a playground for children and front desk open 24 hours a day to ensure that our guests receive round-the-clock service and information. Guests coming by car may park their vehicle in the comfortable parking lot , located inside the hotel. 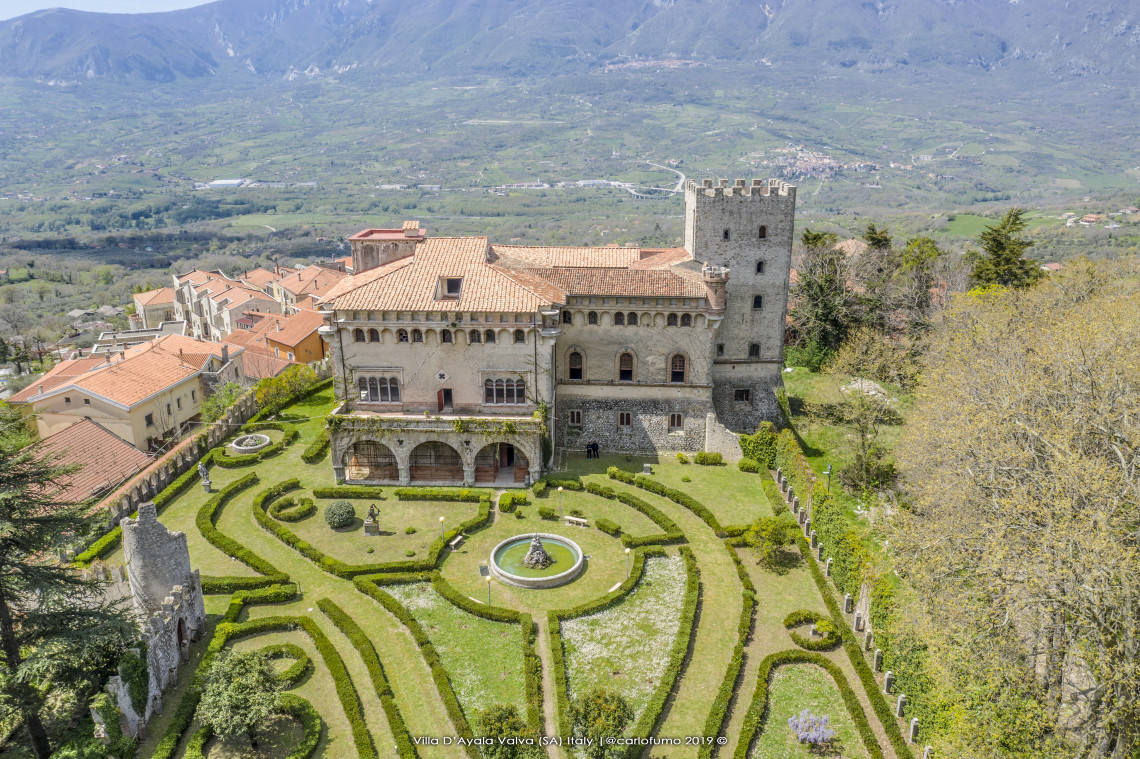 The Park of the Villa, which is accessed from the valley, near the center of the village, extends for a size between 17 and 18 hectares and is entirely surrounded by walls. His current design can be traced back to an 18th century construction and of this era has some typical features. The Park is configured as a mixed coppice, with a prevalence of holm oaks, chestnuts and maples, of great extension and, as characteristic of the time, precisely, as a productive forest: it is furrowed by almost straight avenues that draw an irregular chessboard , some of which trace the original tracks, others are of more recent times. The park with productive function is then characterized by some green episodes, where the trace of human intervention emerges stronger, which are basically the two Italian gardens, the one near the entrance and the one pertaining to the Castle, and the Teatrino di Verzura. The whole park is littered with furnishings such as fountains, statues, small architectures; of extreme interest is the system of caves and canals, probably dating back to Roman times and with functions of water channeling, which crosses the park in its extension. As regards in particular the botanical aspects, it is necessary to distinguish the large park from those that have been defined as exceptional episodes. The Park, which occupies almost the entire extension of the property, can be distinguished, in turn, in zones according to the prevailing essence. This characterization of the different areas of the Park is overlaid with tree-lined avenues, with a prevalence of plane trees, mountain maples, laurocerases: isolated specimens of essences can be observed, probably inserted in the nineteenth century and with ornamental purposes, such as cedars, magnolias and others. As for the exceptional episodes they are – as mentioned – basically three: the two Italian gardens and the green theater. The first small Italian-style garden is located just a few steps from the entrance to the Park, in the downstream area; the second Italian Garden is the one typically designed as a formal unit with the Villa, overlooking the beautiful façade with the arcade with three arches; the third episode consists of the Teatrino di Verzura, probably built in the 19th century, made with boxwood hedges and enriched with busts of human figures.